Our Golden Drop family originated from the renowned Broughton Park stud from South Australia. Until its sale to the Manchees of Yamburgan, this stud had the highest indexing herd in Australia.

We were fortunate to have the opportunity to purchase 4 Golden Drop females from Broughton Park. These animals trace back to 2 of the 3 Valley Vista lines.

They have bred very well for us and we have joined some of them to the Yamburgan bulls through A.I. this year. 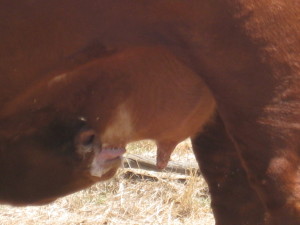 Golden Drop A119’s udder is typical of the Broughton Park cows: perfect, regardless of age.