In 2010 we purchased Marrington Attraction as a mature bull at the Broome Dispersal sale. A big powerful bull, he had been very successful at Broome siring beautiful heifers and excellent bulls. Gillian Leeds describes him as a “very fertile, easy calving, big framed bull with tremendous length”.  His heifer, Broome Namesake Roany D28 sold at 12 months at Dubbo Shorthorn National in 2009 for $3500. Broome Nelson D36 was Reserve Senior Champion Bull at Dubbo in 2010 and sold for $5500.  Broome Nixon D36 was top priced bull at Gloucester All Breeds Bull sale, 2010 and Broome Odeum Wheaten E121 sold at Dubbo 2010 for $3500. Attraction sired the top priced heifer at the Broome Dispersal sale, Broome Nonsence Wayward D126, who sold for $4500. At the 2011 Dubbo Shorthorn National Sale, seven bulls by Attraction sold to a top of $7000 for Broome Outstanding E119 and $6000 for Broome Oswald E115.

Currently a trait leader for 200 day weight, Attraction has an excellent range of EBVs. He has high growth figures combined with moderate birth weight, high IMF, positive Rib Fat and above average Rump Fat and EMA. He was a beautiful smooth coated, light roan and he threw many progeny in his likeness. Attraction's star continued to shine at Dubbo Shorthorn National this year with his grandson, Broome Arthur G30, who was Division 1 Champion.

We have been very happy with Attraction's progeny. His first heifers had a 100% positive pregnacy rate and we are looking forward to them calving soon. 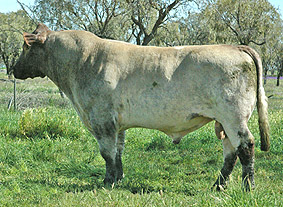 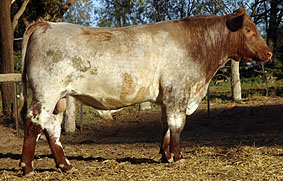 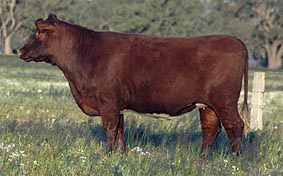 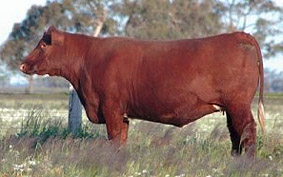 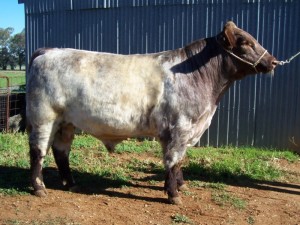 Attraction as a young bull.