In November 2012, we travelled over to Robe, South Australia for the dispersal of the Lake Hawdon Shorthorn Stud. The Hursts bred shorthorns since 1951 and Stud Shorthorns since 1974. In that time, they produced  many Royal Show champions and three Naracoorte grand champions as well as Dubbo National Show Champions. At times, Lake Hawdon ran up to 700 females.  Lake Hawdon animals won two classes at the Southern Grassfed Carcase Classic in 2012 and their steers invariably achieved the MSA grid specifications.

At the Sale, we were impressed by the evenness of the females offered, their excellent temperaments, type and substance. We purchased six cows, all in calf and with calves at foot. Five of those cows have now calved to their AI joinings. The calves are by Yamburgan Ossie D59(P)(AI) and Sprys Patent's Ace G38(P)(ET)(AI). Yamburgan Ossie has an excellent set of EBVs, combining low birthweight with excellent growth, muscle and fat cover. Patent's Ace sold for $46,000 at the 2012 Sprys Sale and is described as 'one hell of a carcase'. His dam, Nearra Judith, is the top donor cow at Sprys and his semen has been widely sold overseas.

We are particularly pleased with the bull calf of Lake Hawdon Yam Ballantrae F21. Click here for pedigree. This fine roan calf is by Sprys Patent's Ace (Click here for pedigree) and has shown outstanding muscle expression since birth. He is from a very strong female line, F21 being a half sister to the top priced bull of the Sale and her dam regarded as one of Lake Hawdon's top breeders. 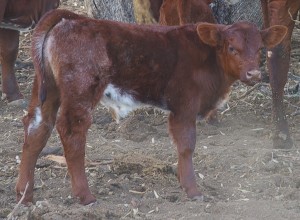 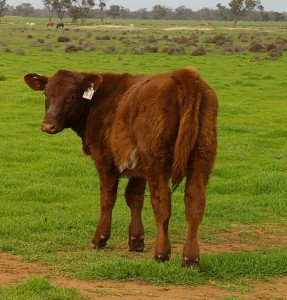