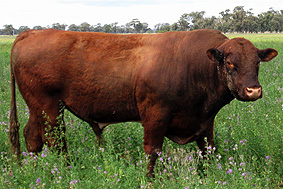 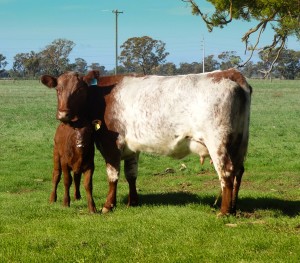 Toogimbie Cardiff was purchased in utero from the Marrington Stud at their Heart of the Herd Reduction Sale in 2007. A slick haired moderate framed red bull, Cardiff is a son of the renowned heifer bull, Marellan Famous, out of Marrington Queen W26.

Cardiff has been used over heifers and young cows in the Toogimbie herd since he was 12 months old. Two drops of his heifers, who are themselves daughters of heifers, have calved unassisted. His third drop is calving now. Cardiff produces small lively calves which quickly catch up to their contemporaries. He has never produced a horned calf. His breed plan figures now reflect his ease of calving with his Calving Ease (Daughters) in the top 5% yet all three of his $indexes are in the top 15% of the breed.

Cardiff comes from one of the famous Marrington families, the Queen family. Both his dam and granddam still have progeny active in the Marrington herd. His granddam, Marrington Queen U10, a large framed daughter of The Grove Condamine (P) (ET) (AI), was active in our herd until 11 years of age. (Click here for pedigree)  She had wonderful structure and was as good a footed cow as you would ever see. We have many descendents of these cows in our herd. 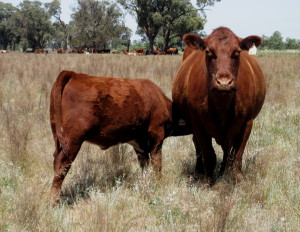 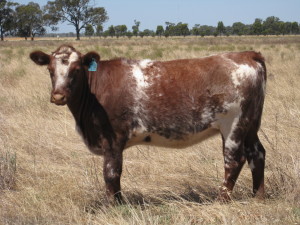 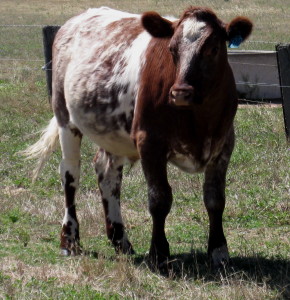